Brought to you by Alea & Kristi, Lucid Conspiracy presents In My Mailbox #29...

Guess what arrived this week - volume 12 of Crimson Hero! Now I don't really read much manga, but this one just really clicks with me for some reason. The combination of beautiful artwork, extremely likable characters and literally-laugh-out-loud hilarious plot line is simply lethal. It's just one of those pick-me-ups that you go back to time after time, because it's that awesome. So yeah, in a nutshell - pretty excited about this one. Quality over quantity, guys!

And now that you know what I got, what was in your mailbox this week?
Posted by deltay at 10:28 PM 6 comments:

Lucy has nine months to break an ancient curse in order to save both herself and her unborn daughter.
Inspired by the ballad "Scarborough Fair", this riveting novel combines suspense, fantasy, and romance for an intensely page-turning and masterfully original tale.

Lucy is seventeen when she discovers that the women of her family have been cursed through the generations, forced to attempt three seemingly impossible tasks or to fall into madness upon their child's birth. But Lucy is the first girl who won't be alone as she tackles the list. She has her fiercely protective foster parents and her childhood friend Zach beside her. Do they have love and strength enough to overcome an age-old evil?

Inspired by the ballad 'Scarborough Fair', Nancy Werlin captures the achingly poignant concepts of the song beautifully in Impossible. There's something majestic and romantic about the way olde mythological magic is incorporated into a relatively contemporary setting.

I'll admit - at the beginning of the book, I'd been a little worried; it sounded like it might just be trying a tad too hard to mimic the contemporary teenage years. (Although now realizing that this was originally published in 1994 does change that somewhat.) However, as the book progressed, there was something very enchanting about the language, the diction choice, the phrasing. It almost seemed symbolic of Lucy's incredible characterization journey - a youngster treading water, testing it out, and then growing and flourishing into her own person. The voice just fit with Impossible - it was alluring, like the way the Elfin Knight's voice is described to be.

The research and forethought that must've gone into this is pretty impressive. It's great to observe the puzzle unraveling, to watch the characters hurtle towards the unknown. Despite being a little hard to relate to at times, the characters, most notably Lucy, Zach, Miranda, Soledad, Leo... they were all very intriguing and quite likable.

The way the ballad was incorporated in various incarnations throughout was definitely highly enjoyable and interesting. The journey depicted through the course of this tale, the mythic elements that came into play... all in all, it made for a romantically magical story.

Brought to you by Alea & Kristi, Lucid Conspiracy presents In My Mailbox #28... 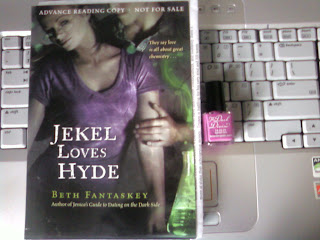 This week I got Jekel Loves Hyde by Beth Fantaskey, which was a wonderful surprise, and The Dark Divine Nail Polish.

How about you - what was in your mailbox this week? 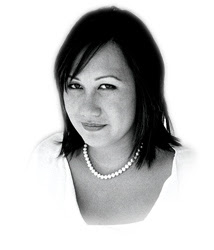 Today, we have a pretty exciting guest author dropping by for a quick Q & A. She's a New York Times and USA-Today Best-selling author of popular YA series like the au pairs, Blue Bloods, The Ashleys and more. Check out her awesome website and shopping diary here. Please give a warm welcome for the fantabulous Melissa de la Cruz!

The concept of vampires is pretty ow-ow-hawt right now, but every author puts a unique spin on them. What differentiates yours in particular?
My vampires are fallen angels cast out of Heaven with Lucifer. They've been trying to regain the Lord's Grace for centuries to find their way back to Paradise, and there are two archangels who left Heaven on their own will and not from sin, called the Uncorrupted: Michael, Pure of Heart, and Gabrielle, the Virtuous. I wanted my vampires to have a very complex and interesting mythology whose history was part of world history and universal myth.

Backstory is always great! So word through the grapevine says there'll be about 10 books in the BLUE BLOODS series... is there one you particularly enjoyed/will enjoy writing?
I always enjoy writing the book that I am working on now. They are all my favorite while I am writing them. I am looking forward to writing the last book, because I've known the ending for years now, and am working my way toward it. But I think I'll feel so sad at the end. It will be weird to end the series. 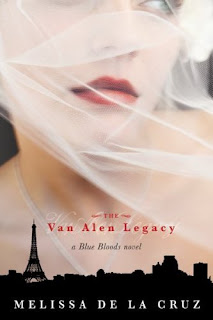 Are there any juicy details you're at liberty to share with us about upcoming books?
Misguided Angel tells a lot of Allegra's back story, and we'll see Schuyler's dad for the first time, and Charles as a young man too. Meanwhile in the modern world, Schuyler and Jack try to unravel Lawrence's legacy, and it's fun to see how they work together—how do you keep the romance alive when you have a quest to fulfill? And Mimi and Oliver left alone in New York have a new threat to deal with, and a new character comes in to help them with it.

Ooh, a new character! Especially with series, characters and their names become quite attached. Schuyler, Bliss... all very original. Were there any particular reasons behind the names you chose?
I wanted to use names that had very old WASPy resonance, and luckily enough I have a friend named Schuyler from a very old American family (he's a guy though) and I always liked that name. It seemed to suggest the American aristocracy, and when I found out about Elizabeth Schuyler, who was married to Alexander Hamilton, I thought of course! Schuyler is descended from her! And I always liked the name Blythe from Blythe Danner, and Bliss just came naturally from that.

Such beautiful names! What inspired you to use Europe in your plot line? (from @Lilixtreme on Twitter)
The vampires came over on the Mayflower, so of course they have their roots in the Old Country. It just seemed natural.

Now, from your blog it would appear you're quite the fashionista. What three items are you most looking forward to for this autumn/winter?
For fall, I loved the knee-high boot, I loved the oversized sweaters from Chloe, but since I used to be a fashion editor, we were always three months ahead and even though it's winter mentally I've already moved on to my spring wardrobe. I cannot wait to wear the new Phoebe Philo for Celine line—lots of great simple lines in clean beige colors. I am in a monochromatic stage, I wore a lot of prints in the last few years but now my wardrobe is minimizing to gray, black, white and beige.

Sounds very clean-cut and crisp. :) If the apocalypse were coming tomorrow and you could only choose three books to keep safe and bring into the "New World", which ones would you pick?
War and Peace, The Lord of the Rings, and the Zombie Survival Guide, because I've seen a lot of post-apocalyptic movies and I know we'll need to be prepared!

All very worthy choices. Any literary crushes?
I still love Stephen King and hearing him speak about his writing is always an awesome experience. JK Rowling, definitely would love to meet her. I love smart lady writers, so I'd love to meet Zadie Smith, Jhumpa Lahiri and Kate Christensen.

For sure! And just for fun - compose a haiku for one of your characters.
There once was a Blue Blood named Schuyler,
Whom the Conclave decided was a liar,
They sent venators to chase her and tried to take her,
But she was the one who got away.

Oops – it's a limerick. Oh well. I think limericks are more fun.

Haha, that was great! Is there anything else you'd like to add?
KEYS TO THE REPOSITORY comes out in Spring 2010!

Thanks for dropping by, Melissa!
Thanks for having me!
Posted by deltay at 6:23 PM 2 comments:

So, unless you're a YA hermit and/or have been living under a metaphorical rock for the past couple of years, I presume you've all heard of the awesome Richelle Mead and her New York Times Bestselling series Vampire Academy. 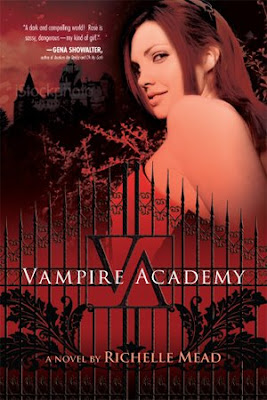 Wouldn't it be great to get an opportunity to chat with the fantastic mastermind behind this super-successful series? Well, with all the brilliantly fun stuff that 2010 brings, you can.

A live online chat will be taking place at Penguin's Publisher's Office Watercooler on Thursday, January 7th at 8:00 pm Eastern. (You can sign up here for a reminder in case there's worry about forgetting and possibly missing this awesome event.)

Let's make sure nobody misses out on this great opportunity, so spread the word! :)

In other news, Incarceron by Catherine Fisher (which will be released January 26th, 2010) has a snazzy new widget complete with an excerpt, a trailer, and reviews. Isn't the cover art striking?

Posted by deltay at 4:47 PM No comments: