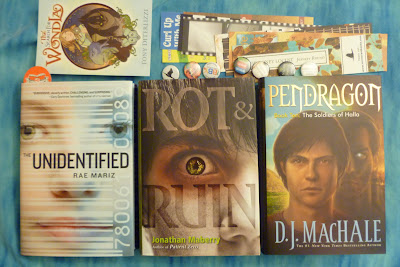 So none of this stuff is actually from the past week. The Unidentified by Rae Mariz and Rot & Ruin by Jonathan Maberry were actually both mailed to my parents' house, but my dad came to visit and dropped them off for me. Both were surprises - very pleasant ones, I might add! Definitely very excited about both. Two friends have borrowed The Unidentified thus far, one of whom is still reading it (and might be up for writing a guest review, so keep an eye out for that).

The last Pendragon book (by DJ MacHale) and the assorted swag (bookmarks, pins) were from the Word on the Street! festival that I've previously blogged about, the one where I went and heard Yann Martel speak.

So what's been in your mailbox recently?

*In My Mailbox is a weekly meme hosted by The Story Siren
Posted by deltay at 8:21 PM 5 comments:

Because Skinned & Crashed are consecutive books in a trilogy by Robin Wasserman and I read them one right after the other, I'm just going to review both together, as the stuff I thought about one book generally applied to the other as well, for the most part.

One of the best aspects of these books was the world-building. Key elements of creating a realistic potential future include being able to visualize it, being able to feel it, being able to suspend disbelief and - however fleetingly - believe it. With these two books, Wasserman has accomplished that. The mechs, as a concept, feel so real.

Another strong point of both books is the voice. It's very distinctive, and at times even metallic - machine-like. Skinned focuses more on the psychological aspect, and as such moves a little bit slower, whereas Crashed is more physical-based. At the same time, Crashed is the second book in a trilogy, and for science fiction especially, it would be nice if it read like it were written that way. Honestly, there was so much repetition of concepts and background info (mostly revealed in Skinned) that it got to the point of being annoying.

Skinned and Crashed are both also very thought-provoking; there's definitely a bit of social satire in there, and it's really cool - and a little disconcerting - to see elements of our society reflected in that. Although the concepts explored weren't mind-blowing, if one bothers to ponder into it deep enough and make the effort to actually think about the implications while reading, it's definitely got some deep stuff that'll leave you unable to stop thinking about it long after the last page's been turned.

With intricate world-building, cool concepts and a distinctive voice, Crashed and Skinned are both very fun YA sci-fi reads. 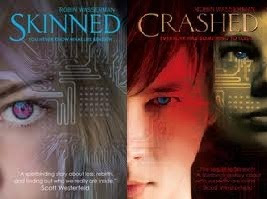 *Wired, the third book in the trilogy, was recently released on September 14th, 2010.
**The back-cover synopsis of Crashed really bothered me - it didn't exactly fit the plot. Those of you who've read it, did you find that too?
Posted by deltay at 11:34 PM 2 comments: 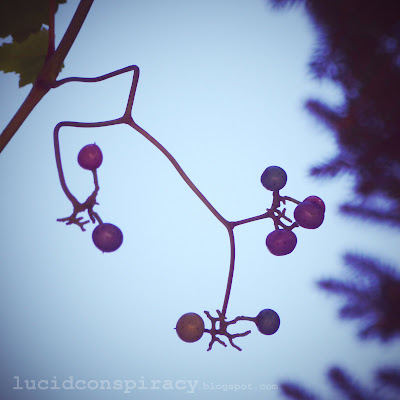 We all know that online shopping is basically explosive in popularity these days. One amazing, super-comprehensive store is CSN Stores - they honestly have just about everything.

From gorgeous nightstands to beautiful lamps to sturdy bookshelves, CSN's series of stores has got you covered.

Those of you who've been visiting Lucid Conspiracy for awhile might remember a contest hosted in conjunction with CSN Stores back in June where a giftcard was given away. This time around, the lovely people over there have offered me the opportunity to review an article from one of their stores.

Living in a university dorm room, there's definitely a lot of stuff that would come in handy. At this point, I'm trying to decide between a desk chair, a mini fridge, or a portable space heater. Any opinions? Either way, definitely be on the lookout for a review coming soon!

In the meantime, pop by CSN Stores and check out their amazing selection of just about everything - furniture, shoes, bags, etc!
Posted by deltay at 12:14 AM No comments: Let's start October off with a bang. September was rather hush, hush in terms of posting, but hopefully this month we'll crescendo in terms of volume! And what better way to kick it off than by having a giveaway?

And so, in conjunction with Simon & Schuster, Lucid Conspiracy is pleased to announce a giveaway for copies of both Hush, Hush and Crescendo by Becca Fitzpatrick for one extremely lucky winner. Be sure to check out the new book website at HushHushBooks.com! First, some basic background information:

Becca Fitzpatrick
Becca Fitzpatrick's first book, Hush, Hush debuted as a New York Times bestseller. She graduated college with a degree in health, which she promptly abandoned for storytelling. When not writing, she's most likely running, prowling sale racks for shoes or watching crime dramas on TV. She lives in Colorado. Find out more at beccafitzpatrick.com.

A sacred oath, a fallen angel, a forbidden love.

Nora Grey has had a rough year. Her father was murdered and as a result, her mother had thrown herself into work, leaving Nora alone most of the time in their secluded farmhouse. Despite this, she manages to be a very good girl, never missing school, never even driving without permission.

But when the transfer student, Patch, gets assigned as her lab partner in biology, from the moment the two are together, there's an inescapable magnetism that draws Nora deeper and deeper into his dark world. When she discovers the enormous V-shaped scars on his back, she discovers that there is a battle going on between the fallen and the immortal. And she's the object.

The magnetism she feels is now more inescapable than ever.

Nora should have know her life was far from perfect. Despite starting a relationship with her guardian angel, Patch (who, title aside, can be described anything but angelic), and surviving an attempt on her life, things are not looking up. Patch is starting to pull away and Nora can't figure out if it's for her best interest or if his interest has shifted to her arch-enemy Marcie Millar. Not to mention that Nora is haunted by images of her father and she becomes obsessed with finding out what really happened to him that night he left for Portland and never came home.

The farther Nora delves into the mystery of her father's death, the more she comes to question if her Nephilim blood line has something to do with it as well as why she seems to be in danger more than the average girl. Since Patch isn't answering her questions and seems to be standing in her way, she has to start finding the answers on her own. Relying too heavily on the fact that she has a guardian angel puts Nora at risk again and again. But can she really count on Patch or is he hiding secrets darker than she can even imagine?

And now, onto the details of the giveaway. First entry is a freebie, just for name & e-mail. Additional entries are as follows:

Contest ends October 19th, 2010. To enter, please fill out the entry form. Beyond that, good luck!
And now, I leave you off with the Crescendo book trailer:
Posted by deltay at 7:22 PM 6 comments: