Happy 2012! It's so hard to believe that we're already halfway through January. But what better way to kick off the new year than to celebrate it with a giveaway? Up for grabs is a copy of hot new release Cinder by Marissa Meyer. 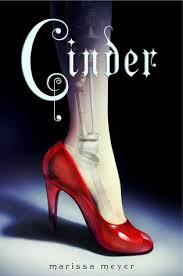 Humans and androids crowd the raucous streets of New Beijing. A deadly plague ravages the population. From space, a ruthless lunar people watch, waiting to make their move. No one knows that Earth’s fate hinges on one girl. . . .
Cinder, a gifted mechanic, is a cyborg. She’s a second-class citizen with a mysterious past, reviled by her stepmother and blamed for her stepsister’s illness. But when her life becomes intertwined with the handsome Prince Kai’s, she suddenly finds herself at the center of an intergalactic struggle, and a forbidden attraction. Caught between duty and freedom, loyalty and betrayal, she must uncover secrets about her past in order to protect her world’s future.

Now, the contest:
- runs until January 26th, 2012, 11:59pm EST
- open to mailing addresses in the US & Canada
- enter here
ENTRY FORM
Share your thoughts on the book, the trailer, the synopsis, etc. below! Good luck, and here's to 2012 being absolutely epic!
*Contest hosted in collaboration with Zeitghost Media & St. Martin's Press.
Posted by deltay at 7:42 PM 5 comments:

Another trailer to share! This one is for Tempest by Julie Cross, which will be released tomorrow (January 17th, 2012) by St. Martin's Press. 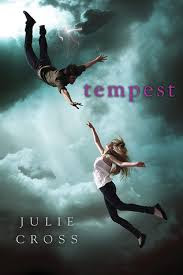 The year is 2009. Nineteen-year-old Jackson Meyer is a normal guy… he’s in college, has a girlfriend… and he can travel back through time. But it’s not like the movies – nothing changes in the present after his jumps– it’s just harmless fun.

That is… until the day strangers burst in on Jackson and his girlfriend, Holly, and during a struggle with Jackson, Holly is fatally shot. In his panic, Jackson jumps back two years to 2007, but this is not like his previous time jumps. Now he’s stuck in 2007 and can’t get back to the future. Desperate to somehow return to 2009 to save Holly but unable to return to his rightful year, Jackson settles into 2007 and learns what he can about his abilities.

But it’s not long before the people who shot Holly in 2009 come looking for Jackson in the past, and these “Enemies of Time” will stop at nothing to recruit this powerful young time-traveler. Recruit… or kill him.

Tempest has already been pre-empted by Summit Entertainment (producers of Twilight), and is the first book in a series. Another time travel story, so it'll be cool to see how it plays out!
What're your thoughts on the trailer?
Posted by deltay at 7:10 PM 3 comments:

Another awesome book trailer to share! Tonight the selection is a live action trailer for Sara Wilson Etienne's Harbinger, which will be published by Penguin on February 2nd, 2012.

Set in a world in which a diminishing oil supply has lead to chaos and mass rioting, sixteen year old Faye is plagued by waking visions and nightmares. Her parents think the only solution is to send her to Holbrook Academy, the creepy prison-like school for disturbed teenagers. When she and her friends wake up on the floor with their hands stained red, Faye has no idea what it means, but fears she may be the cause. But despite the strangeness of Holbrook and the island on which it sits, Faye feels oddly connected to the place. The handsome Kel tries to help her unravel the mystery, but Faye is certain he is trying to kill her –and the rest of the world too.

The trailer is very well done, and definitely very intriguing! Sara has a blog entry about the making of the trailer, which has some really interesting information and behind-the-scenes footage, so be sure to check that out.
Posted by deltay at 11:05 PM 1 comment:

Today, I want to share the awesome book trailer for Cinder by Marissa Meyer, which was just released a few days ago on January 3rd by Feiwel & Friends.

Cinder: Book One in The Lunar Chronicles by Marissa Meyer

Even in the future, the story begins with Once Upon a Time…. Humans and androids crowd the raucous streets of New Beijing. A deadly plague ravages the population. From space, a ruthless lunar people watch, waiting to make their move. No one knows that Earth's fate hinges on one girl. . . . Cinder, a gifted mechanic, is a cyborg. She's a second-class citizen with a mysterious past, reviled by her stepmother and blamed for her stepsister's illness. But when her life becomes intertwined with the handsome Prince Kai's, she suddenly finds herself at the center of an intergalactic struggle, and a forbidden attraction. Caught between duty and freedom, loyalty and betrayal, she must uncover secrets about her past in order to protect her world's future.

Doesn't the book description sound awesome?! Modified humans, fractured fairy tale, science fiction... sounds like great fun!
The dates for Marissa Meyer's extensive author tour can be found on her blog and if you're unable to attend, there will be an author event/party on January 9th on Facebook/Twitter at 7:00 EST.
Posted by deltay at 8:35 PM No comments:

For thirty-five girls, the Selection is the chance of a lifetime. The opportunity to escape the life laid out for them since birth. To be swept up in a world of glittering gowns and priceless jewels. To live in the palace and compete for the heart of the gorgeous Prince Maxon.

But for America Singer, being Selected is a nightmare. It means turning her back on her secret love with Aspen, who is a caste below her. Leaving her home to enter a fierce competition for a crown she doesn't want. Living in a palace that is constantly threatened by violent rebel attacks.

Then America meets Prince Maxon. Gradually, she starts to question all the plans she's made for herself- and realizes that the life she's always dreamed of may not compare to a future she never imagined.

First WoW post of 2012 :) This week's feature is The Selection by Kiera Cass. There's something very striking about the cover, all the feathers and gowns and fractured reflections. A little reminiscent of Black Swan. And in light of the recent royal wedding, princes and princesses and weddings are certainly very much in society's mind currently.
The synopsis sounds great too. America sounds like a very intriguing leading lady, to find something so coveted by others a nightmare.
What're you waiting on this Wednesday?!
*WoW is hosted by Jill over at Breaking the Spine
Posted by deltay at 9:15 AM 2 comments:

Happy New Year! Hope 2012 has been going well for everyone so far :)
Today, I just wanted to quickly help share a writing contest for the Book Wish Foundation:
__________
Win a literary agent or acclaimed author's feedback on your unpublished manuscript for young adult or middle grade readers. This rare opportunity is being offered to the six winners of an essay contest recently announced by the literacy charity Book Wish Foundation. See http://bookwish.org/contest for full details.

You could win a manuscript critique from:


All that separates you from this prize is a 500-word essay about a short story in Book Wish Foundation's new anthology, What You Wish For. Essays are due Feb. 1, 2012 and winners will be announced around Mar. 1, 2012. If you win, you will have six months to submit the first 50 pages of your manuscript for critique (which means you can enter the contest even if you haven't finished, or started, your manuscript). You can even enter multiple times, with essays about more than one of the contest stories, for a chance to win up to six critiques.

If you dream of being a published author, this is an opportunity you should not miss. To enter, follow the instructions at http://bookwish.org/contest.