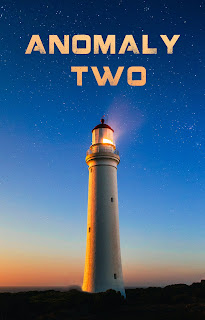 Scarlett Lott is positive she didn't kill her corporate magnate uncle. The authorities, however, have irrefutable video evidence that she did. Unable to extract a confession and unimpressed with her denials, they ship her off to the Omniservatory, an asylum - sorry, rehabilitation facility - where "guests" are placed under constant surveillance and deviant behavior is corrected.

Locked up and off the grid, she has no way to verify if her uncle's even dead (he has faked his own death before), let alone try to clear her name. Luckily, Scarlett manages to snag a meeting with her best friend Rachel to enlist her help. Unfortunately, Rachel teams up with the guy who played a role in Scarlett's arrest. When the person she trusts most and the person she trusts least break her out of the Omniservatory, accidentally shooting a guard in the process, they all become fugitives.

Despite the temptation to just make a run for it, Scarlett feels obligated to stay for the people who are now part of her mess. Going through some of her uncle's hidden files, Scarlett discovers a birth certificate indicating that she isn't who she thinks she is. The only way to figure out her real identity is to break into his corporation's maximum security biotech lab. Scarlett has less than twenty-four hours to find out who wanted her uncle dead, why they would frame her for it, and who she really is, before the authorities catch her and erase any trace of her existence permanently.

Read it by clicking here.
Posted by deltay at 9:14 PM